Too rock for the Folkies and too folk for the Rockies, the Bastards could please or disappoint almost everyone. Formed back in 2007 and based in the north of Italy (weird, innit?) they’re made up of lads who, in one way or another, lived or spent too much time in Ireland! Uilleann pipes, tenor banjo, mandolin, Irish flute: there are few others bands in the folk/rock scene that could compete with the Bastards in terms of deep knowledge of Irish Traditional Music and Irish culture and society.

Uncle Bard & The Dirty Bastards has been the first Italian band ever playing at Dublin Irish Festival in Dublin, Ohio (USA), the most important Irish music festival in the United States…. Read more 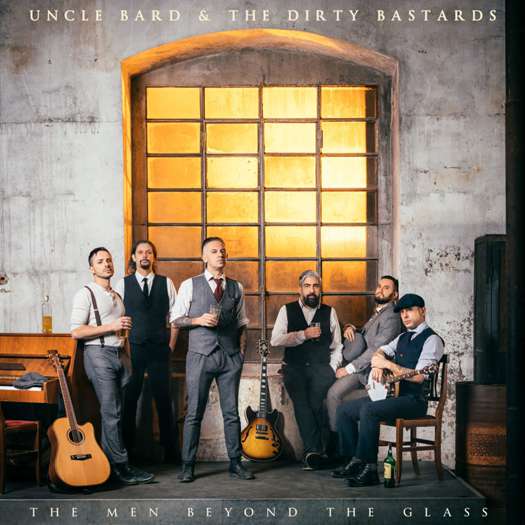 The men beyond the glass

Uncle Bard And The Dirty Bastards are without doubt one of the world’s best Celtic-Punk bands.
9.5/10London Celtic Punks
After listening to this I feel like I’ve discovered a new treasure. This band will be in my must listen file from now on. Highly recommended.
9.5/10FolkMetal.nl
Previous
Next
LEARN MORE
Add to Cart
Available on:

Man of the storm

originally included in "The Men Beyond the Glass" album © 2020

Spirit of Ireland, Milan (IT)